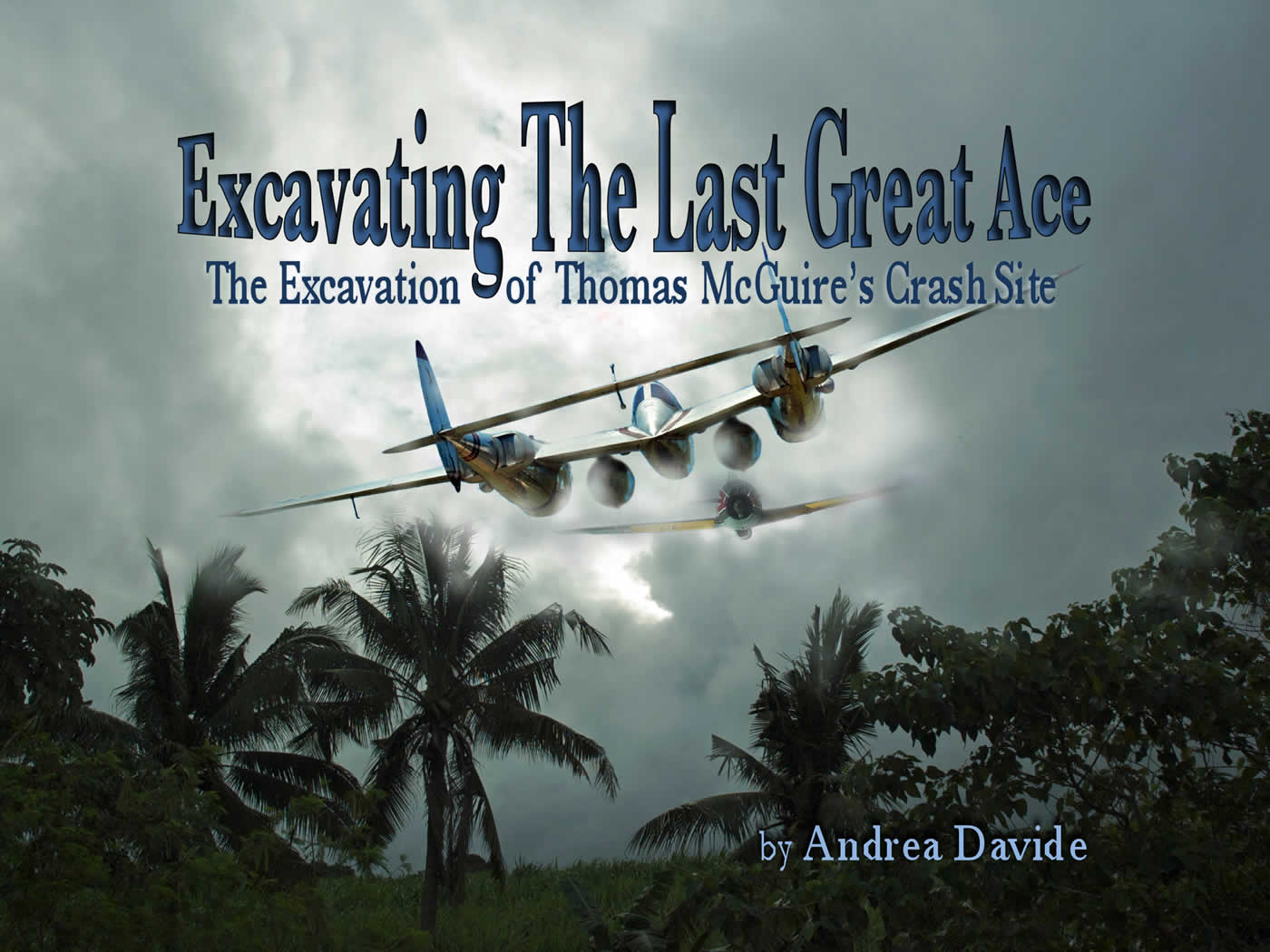 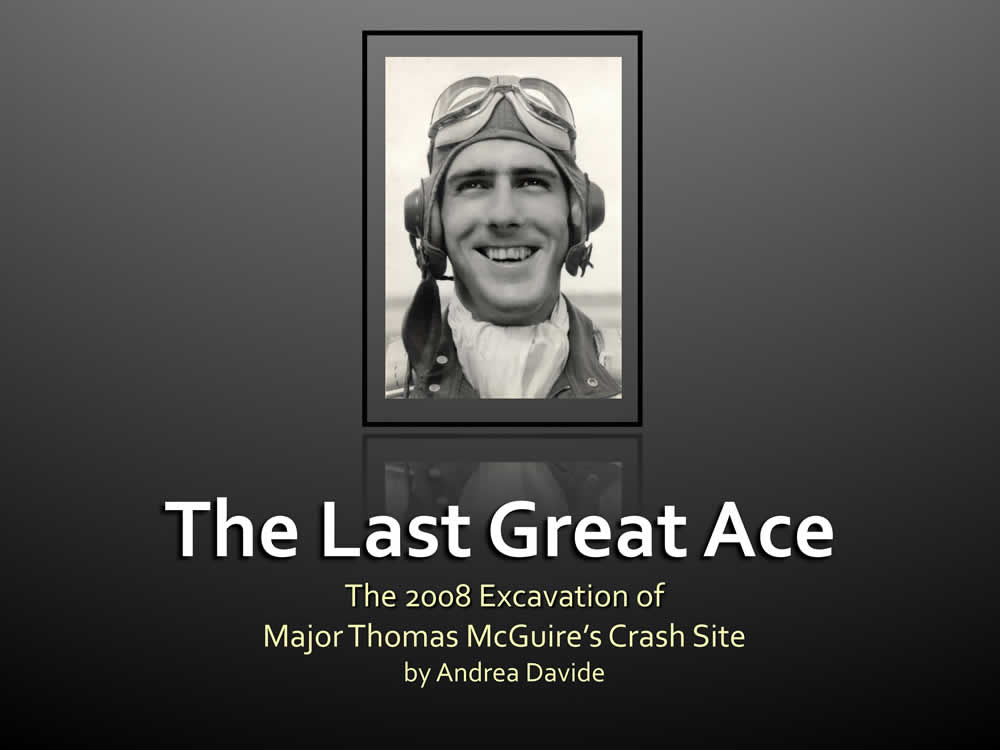 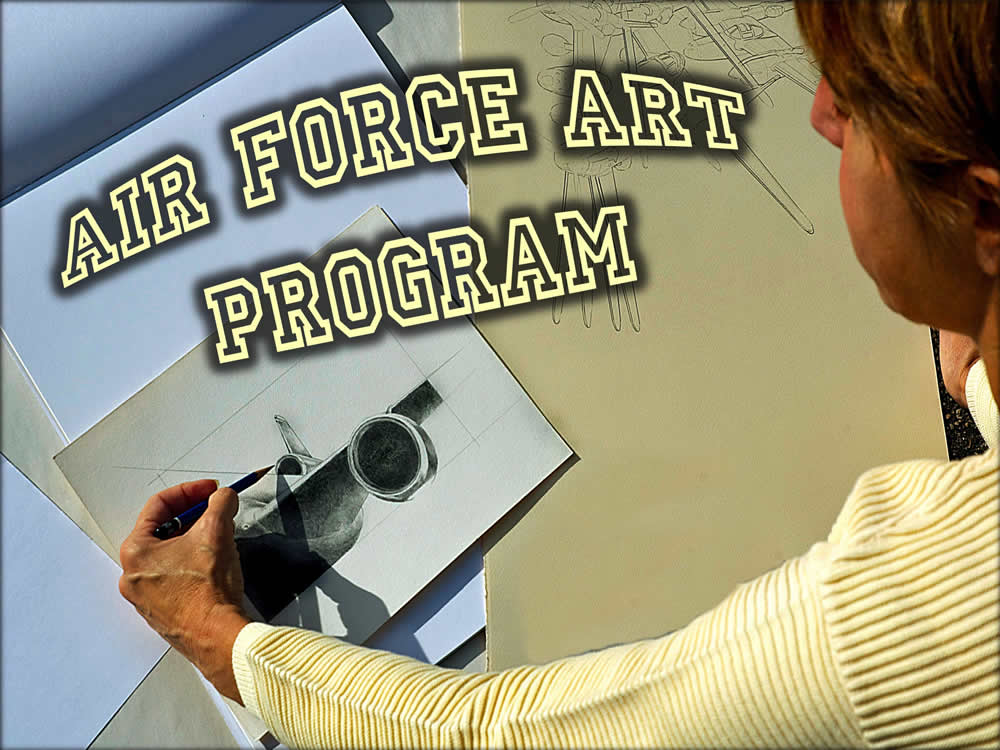 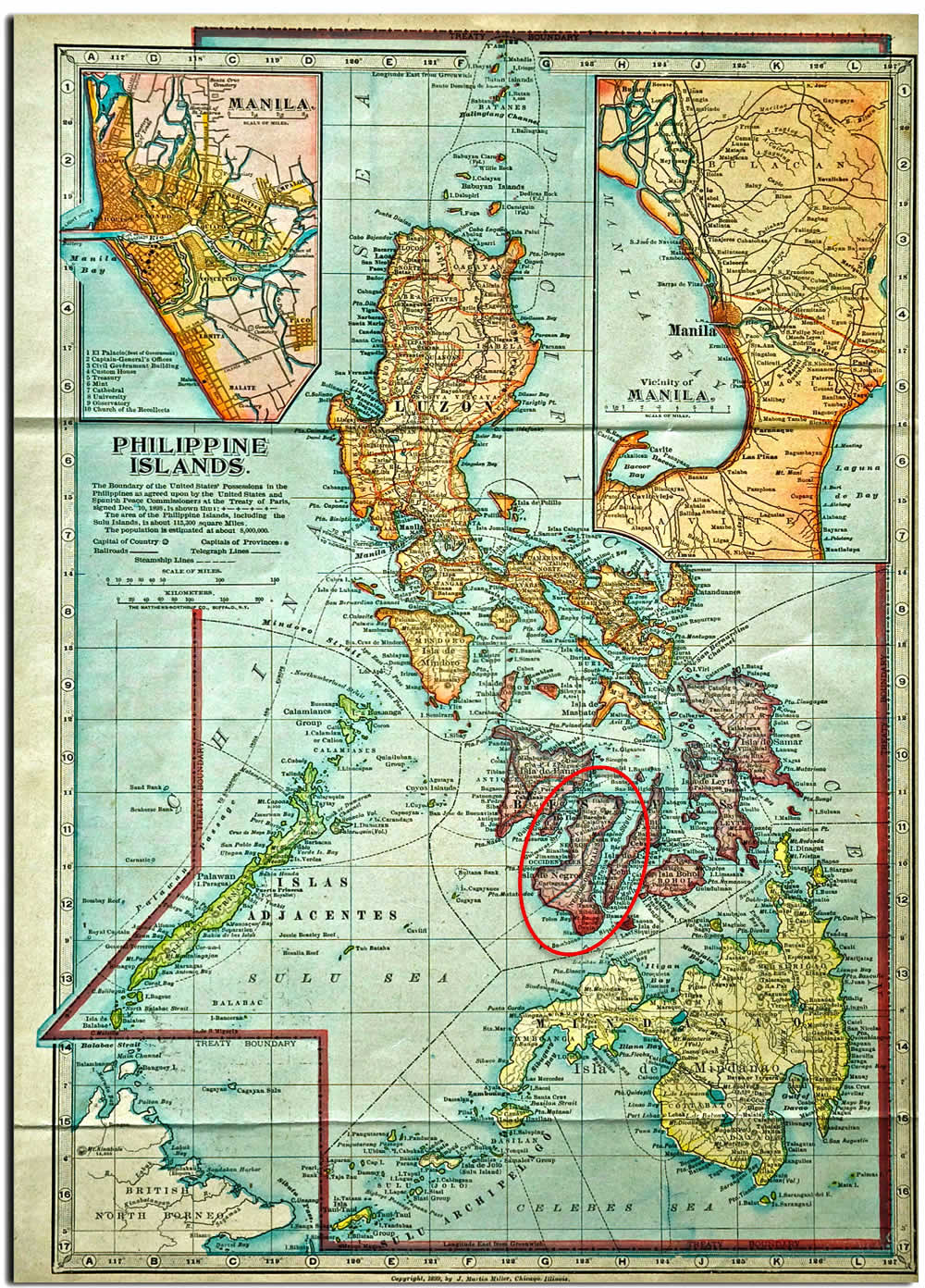 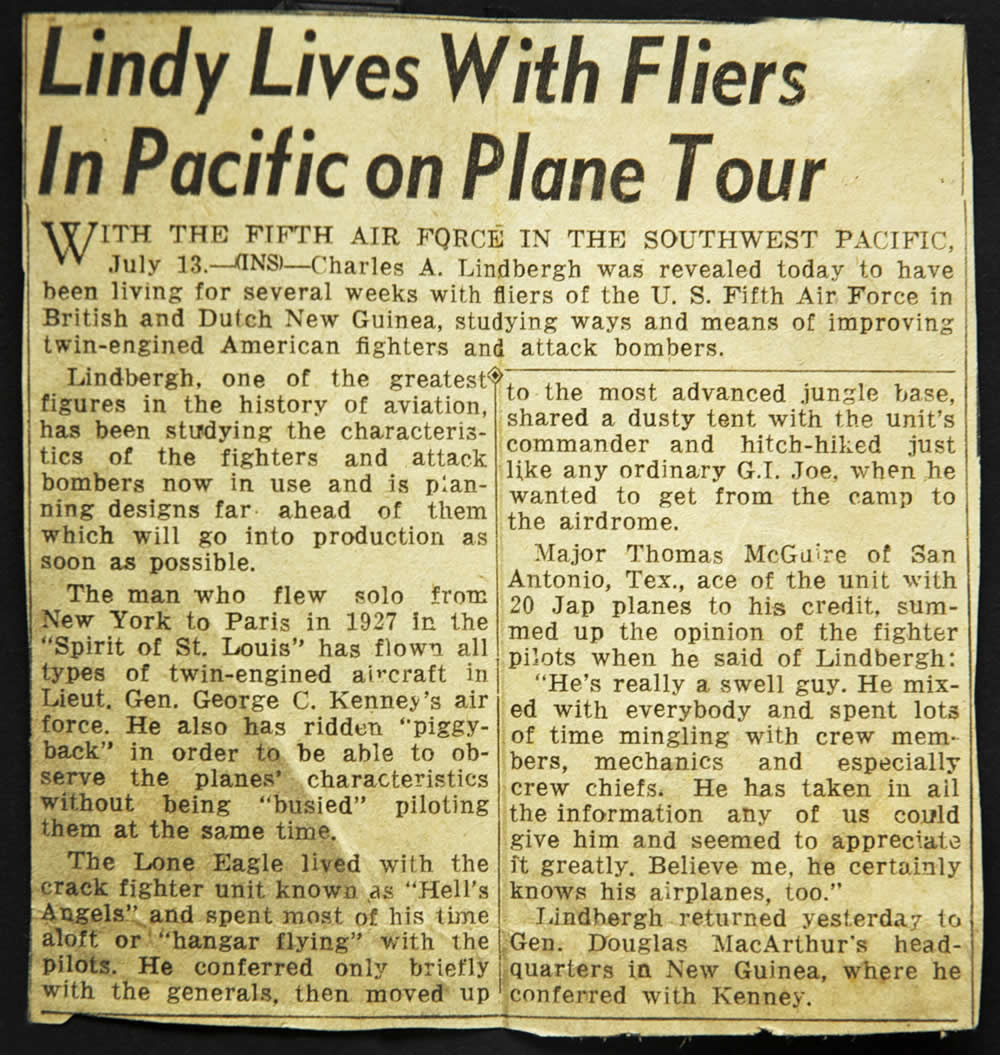 On Negros Occidental, a small island in the Philippines, lay buried parts of Major Thomas McGuire’s mangled aircraft. On Jan 7, 2008, artist Andrea Davide excavated the site as part of a three week mission with counsel of an assembled team of military experts, due to a passion she felt to set history straight, using her art as the medium.

Major Thomas McGuire was the highest scoring combat ace in American history to die in combat, and was a posthumous recipient of the Congressional Medal of Honor. McGuire’s last mission was steeped in mystery, largely because the news of his final dogfight devastated the morale of the American fighter pilots prosecuting the war against the Japanese, causing the government to classify all information and discussion of this fatal incident for many years. In an unlikely confluence of events, artist Andrea Davide was invited into the Air Force Art Program and stationed at McGuire Air Force Base in 2007, which brought about a chance meeting with award-winning base historian Gary Boyd. Boyd ignited Davide’s interest when he stated that “nobody had ever captured McGuire’s last mission because it looked like a failure or tragedy, and no one wanted to take on so onerous a task as an artist.” It was at this juncture that Davide joined the team of McGuire experts as she became consumed with unraveling the mystery of what really happened on January 7, 1945 to Major Thomas McGuire. After daily correspondence with Boyd, Davide learned that McGuire made the ultimate sacrifice by over-banking his P-38 to get a shot at an attacking Ki-43 Oscar to save the life of his wingman.

It was then that Davide committed to paint this millisecond of history through transcendent art and the resultant paintings depicting McGuire’s heroism are currently hanging at the Pentagon, McGuire Air Force Base, and the Highlands Museum of the Arts in Sebring Florida. The project grew exponentially when Davide’s circle of McGuire experts widened to include former Air Force F-4 fighter-pilot and “mishap investigator” Captain David Mason.

In conjunction with Boyd and Mason, Davide proposed to travel to the Philippines to excavate what was left of McGuire’s downed aircraft in order to create an authentic metal sculptures incorporating embedded artifacts into her art. Davide became immediately engrossed in her projects. Calling upon Boyd and his collection of “experts,” she assembled a research team second to none to ferret out the smallest details of the mission, including McGuire’s biographer Charles Martin from Buffalo, NY, and noted P-38 expert, Michael Terry from Boston, Massachusetts. Boyd, Terry, and Mason met with the artist at her home in New York in September of 2007. There they worked together in the same location for the first time, settling several remaining questions using historical interviews and original source documents. This collaboration informed Davide’s paintings of McGuire’s last heroic, yet fatal flight, as well as her archeological work in the Philippines. 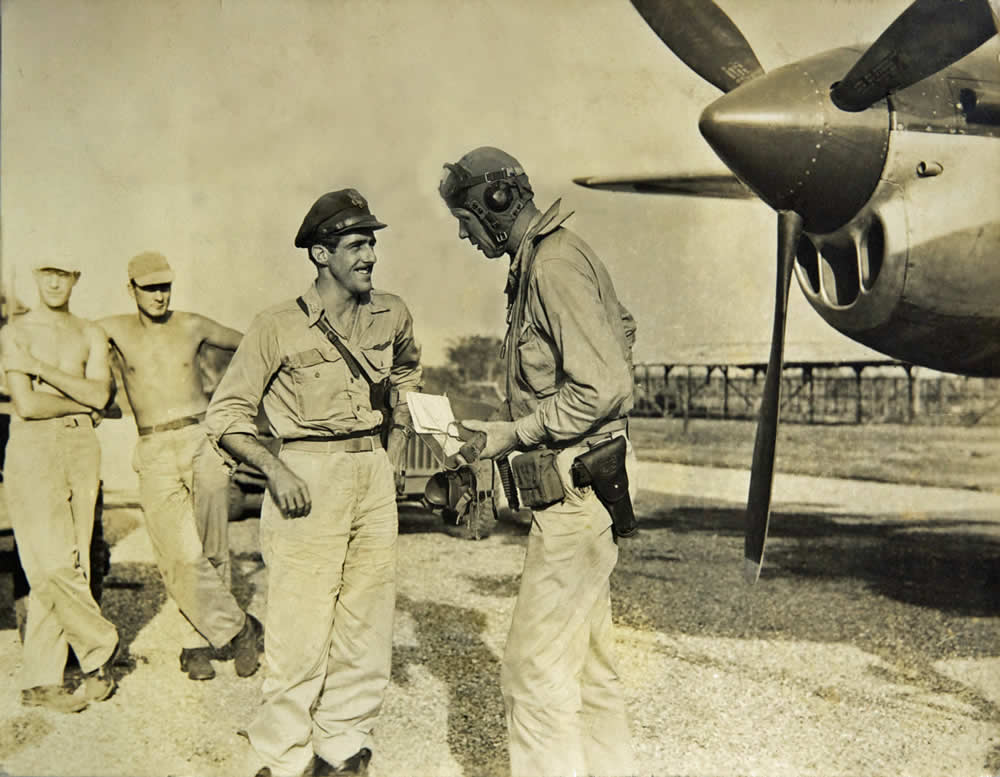 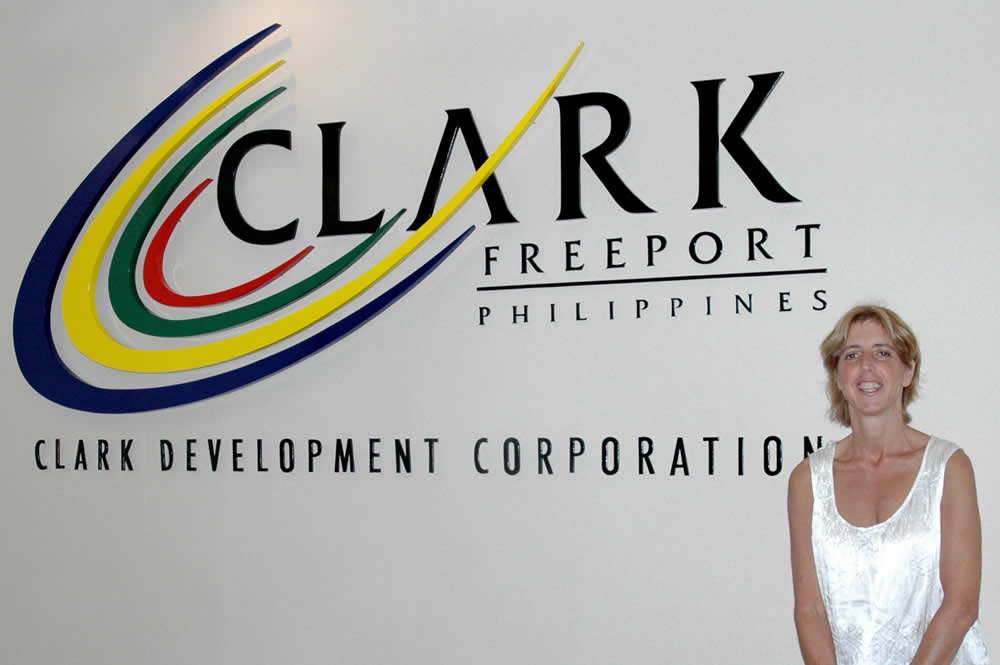 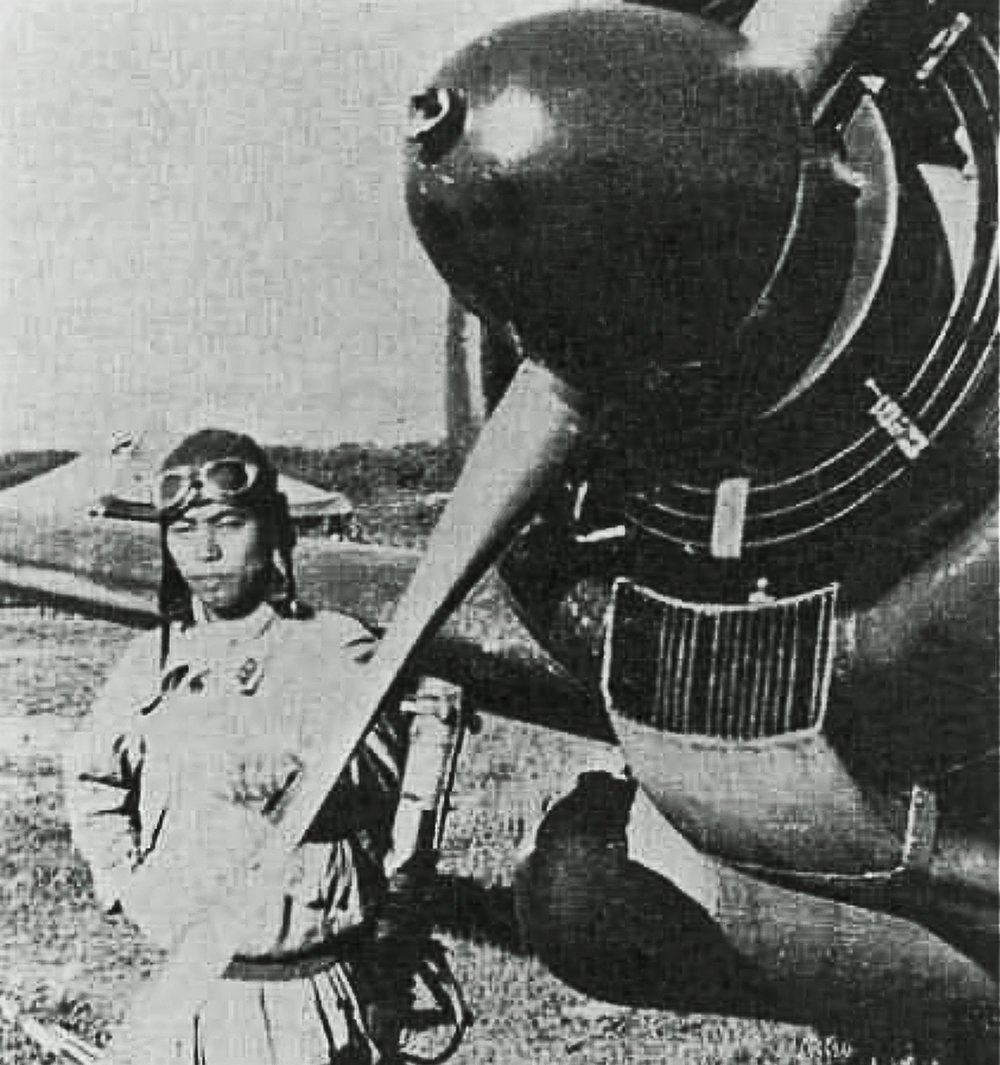 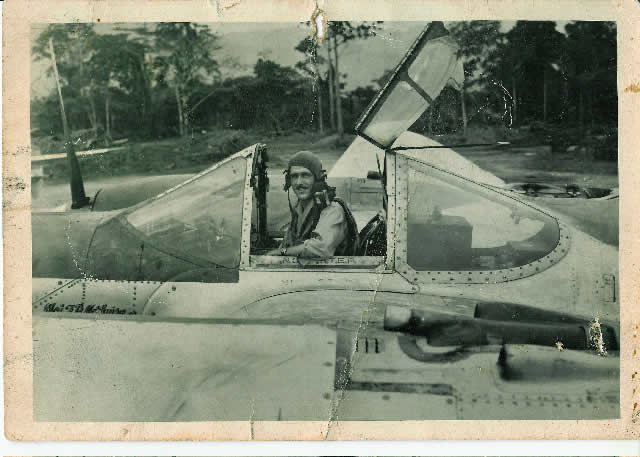 The artist and her team also hoped to excavate in and around sites near Clark Air Base in the Philippines where P-38 Lightnings, including McGuire’s own famous aircraft Pudgy V, which were used as landfill after the war. McGuire flew aircraft #112 “Eileen Ann” on his last mission, meaning that his most famous aircraft survived him and was scrapped at Clark Air Base. Other mysteries and discoveries were unraveled and documented by Davide. For example, David Mason had an idea of the location of the crash site of Akira Sugimoto—McGuire’s nemesis in his last battle. Sugimoto crashed landed his damaged Ki-43 “Oscar” after engaging McGuire’s flight, and was killed by local insurgents. As well, the crash site of the other American who died that day, Major Jack Rittmayer, had never been plotted.

These several mysteries were unraveled; the crash sites were identified, and eyewitness testimony was taken by the artist. Locals on the island who were mere children at the time, playing in fields on different parts of the island, wrote out their testimonies of what they saw that morning in 1945. Two men saw Major Rittmayer take fatal gunfire as his P-38 crashed on the side of a river infested with snakes and alligators. A woman living up on the mountain with her family witnessed Sugimoto’s crash landing and drew out pictures of the trophies locals made from parts of his plane, a common custom at the time. 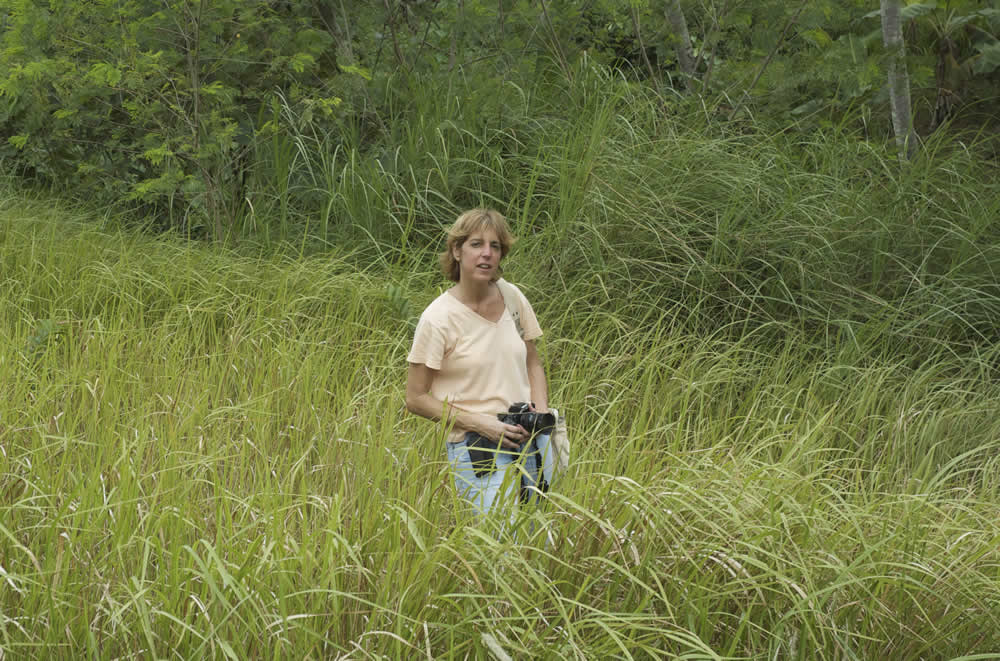 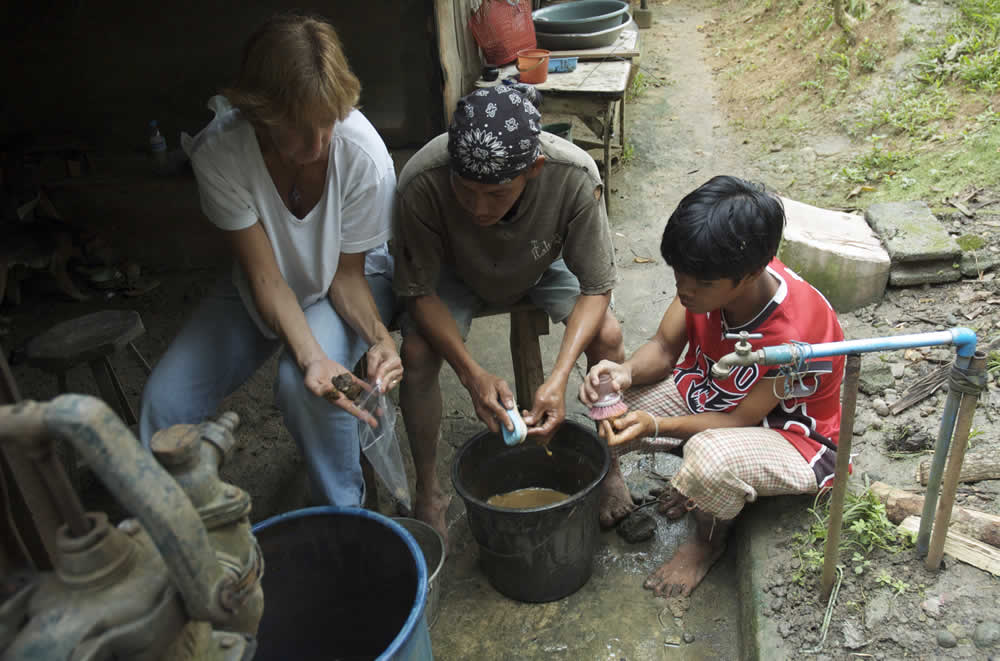 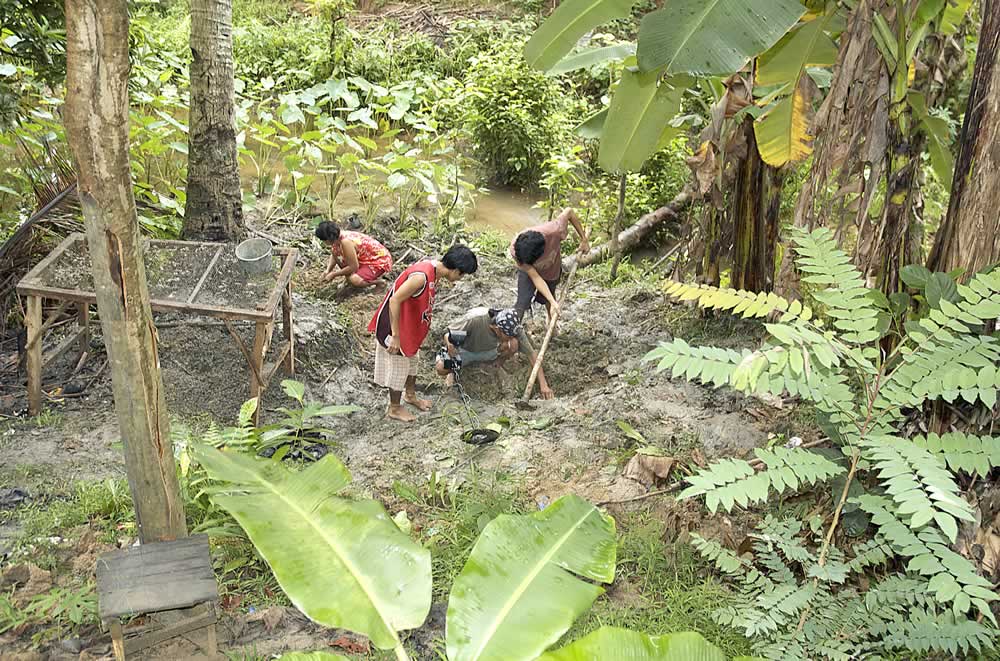 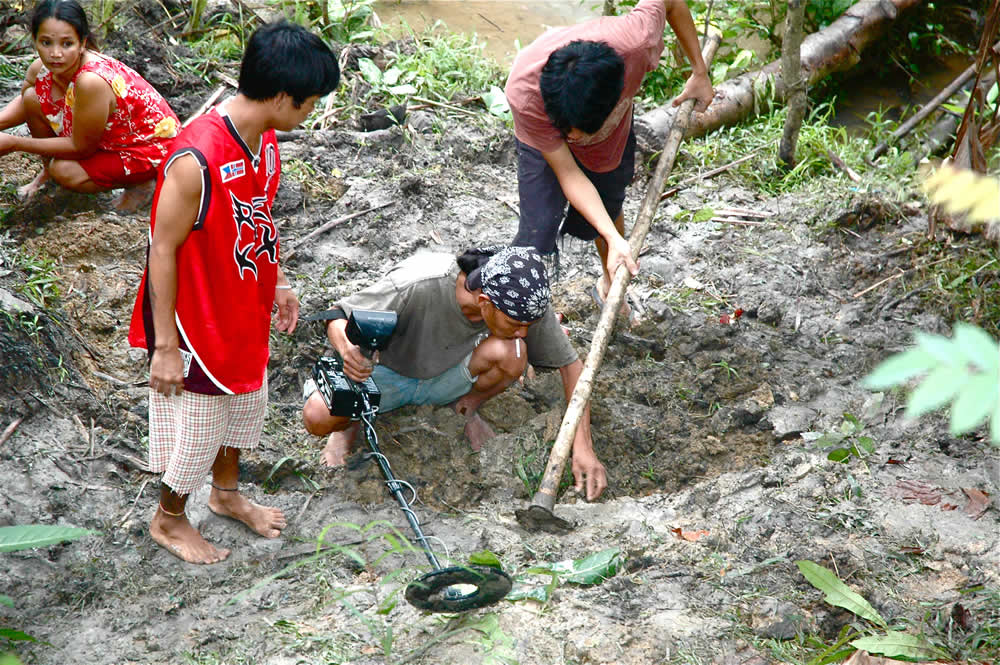 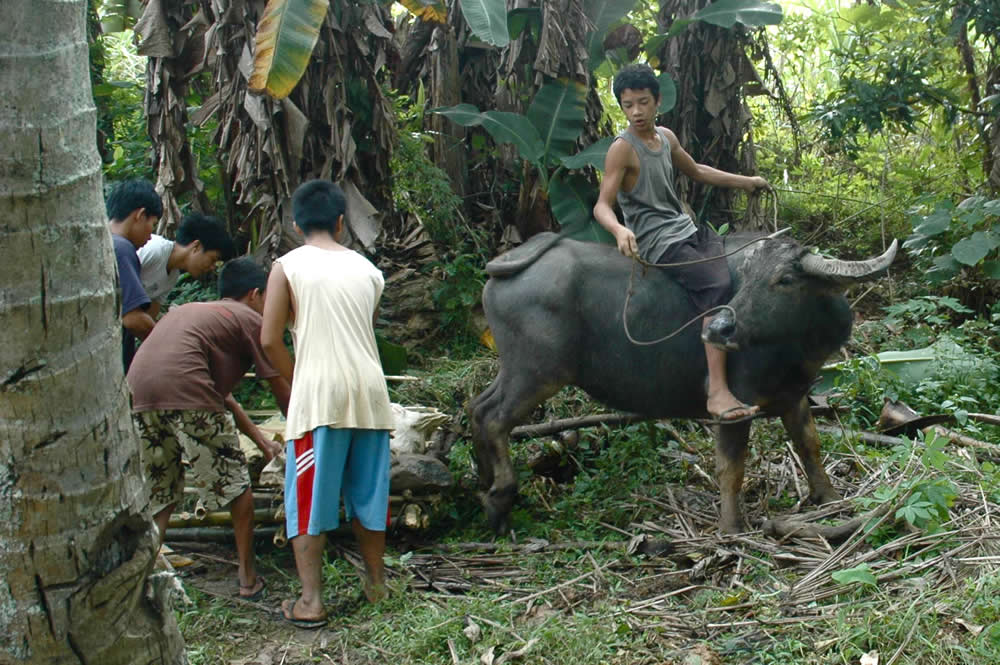 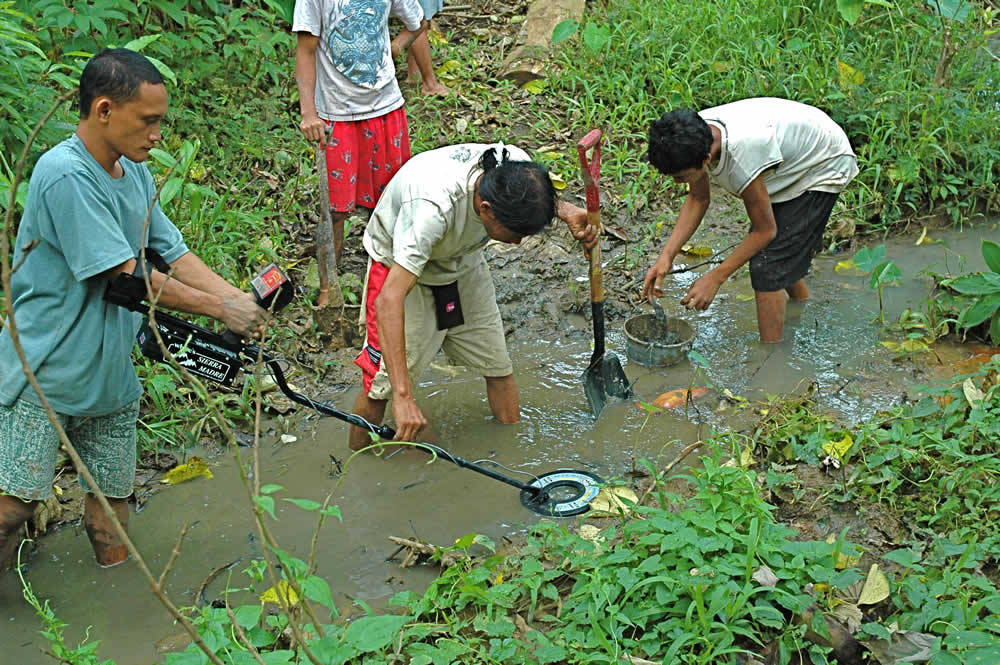 Andrea Davide was honored in Philadelphia with a solo art exhibit at the Liberty Museum by the US Air Force for her service to her country and the Air Force Art Program. 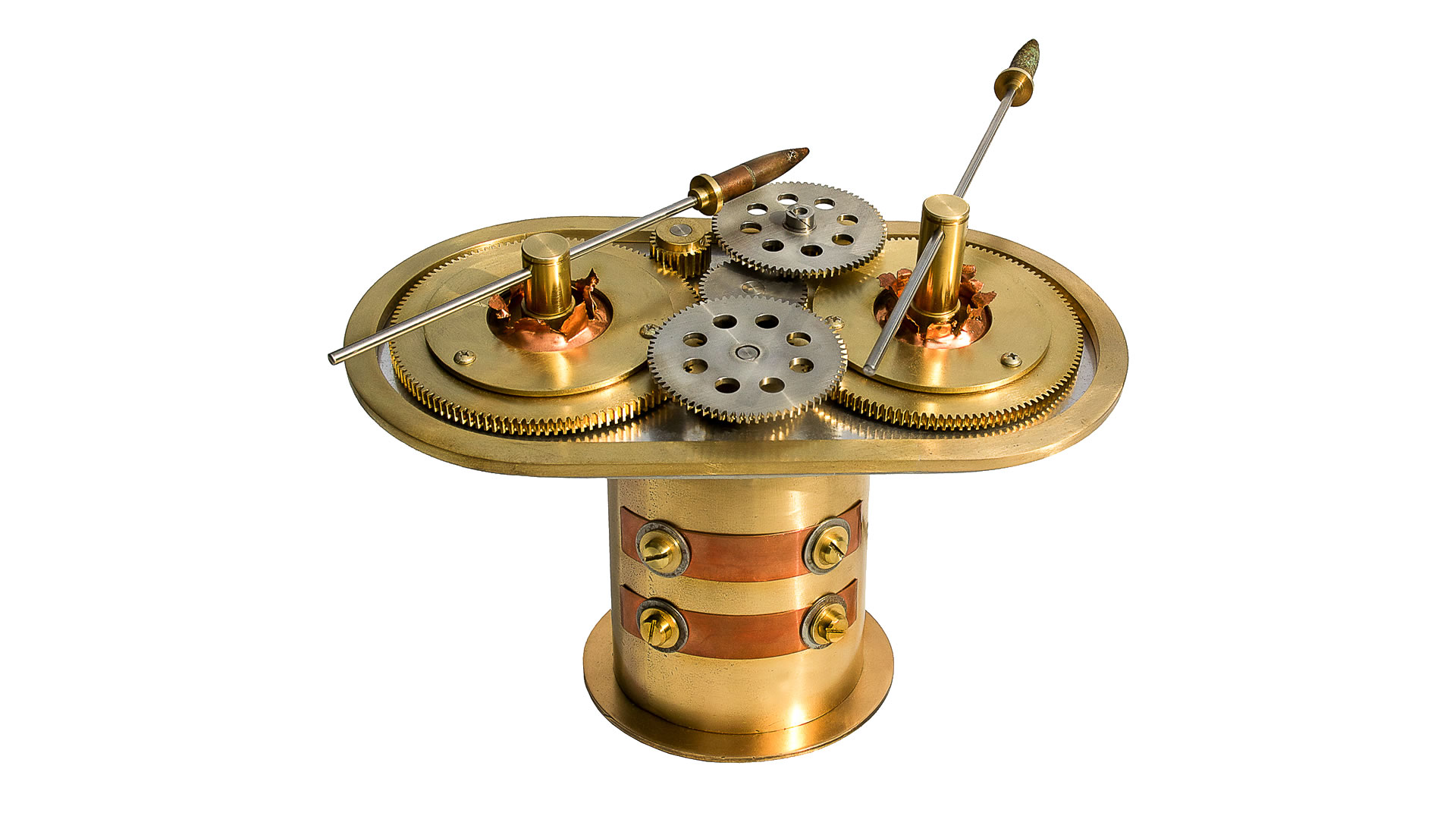 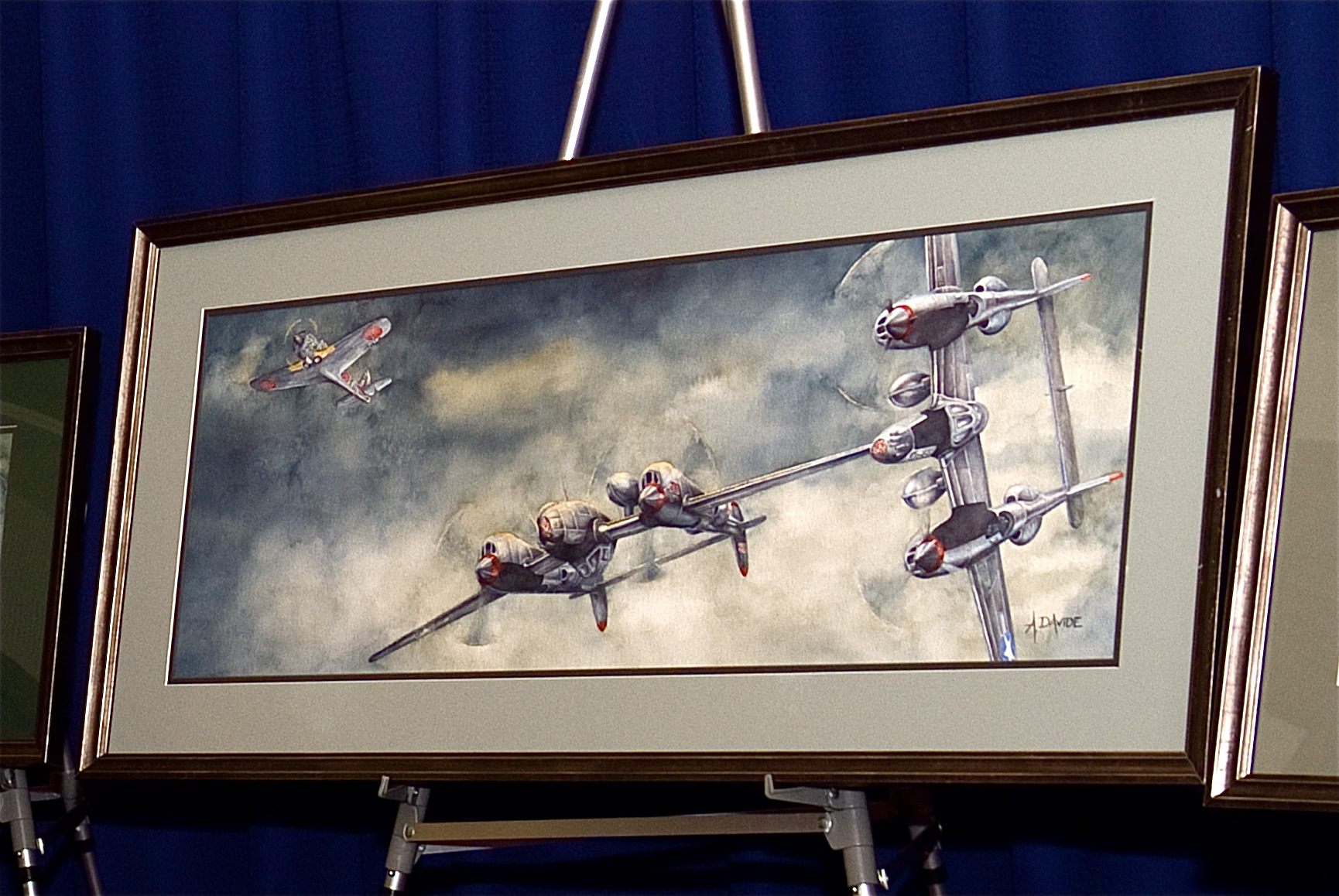 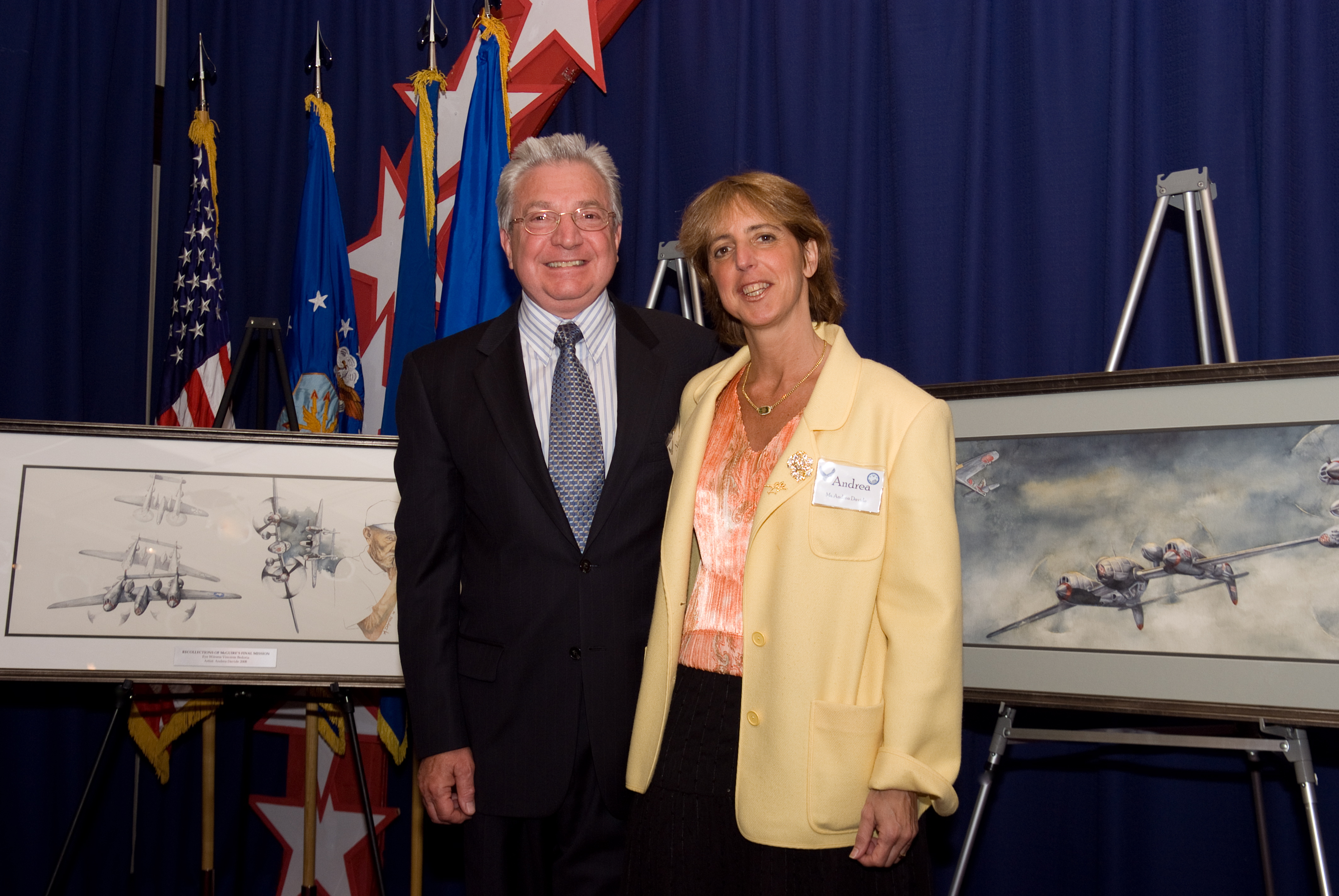 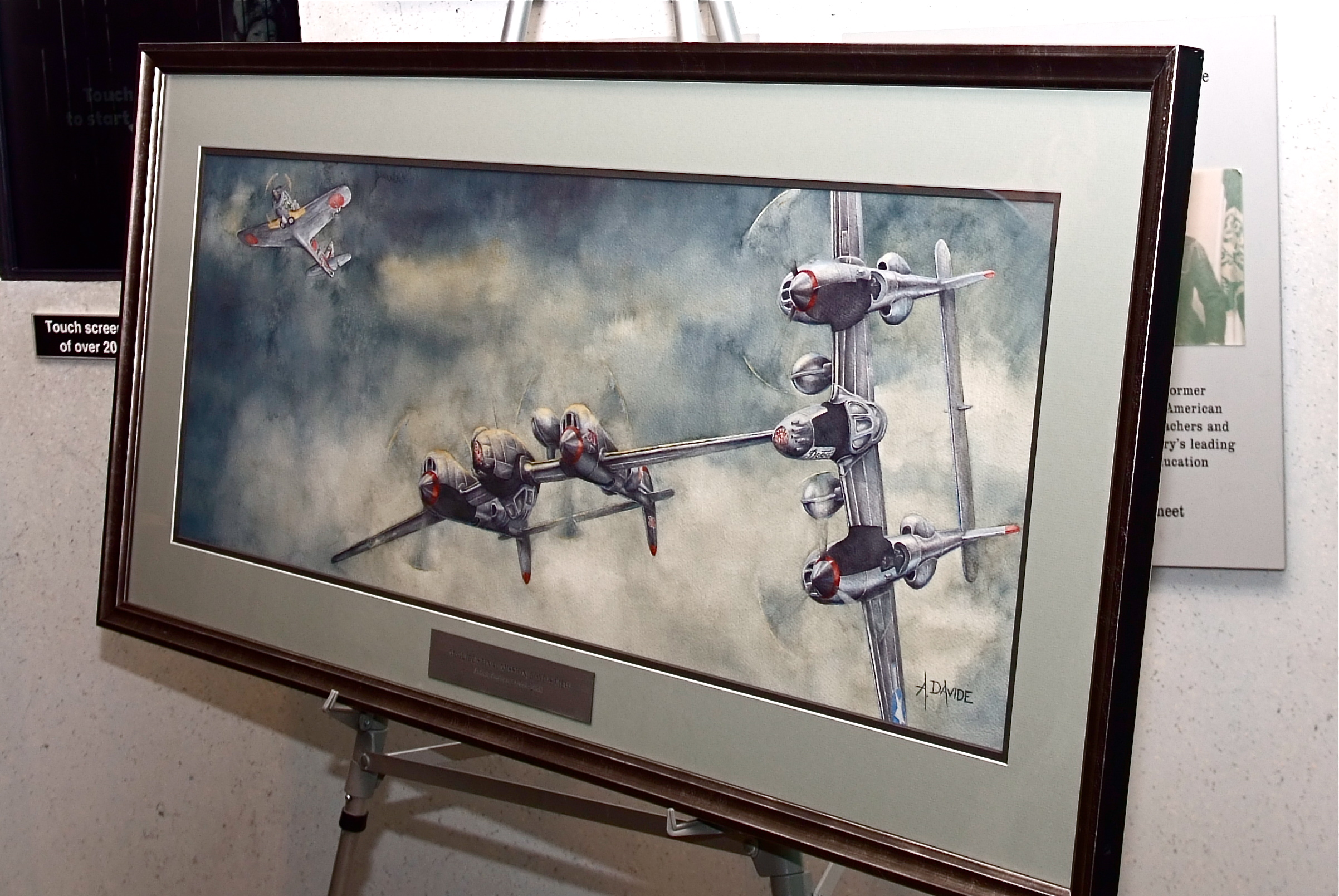 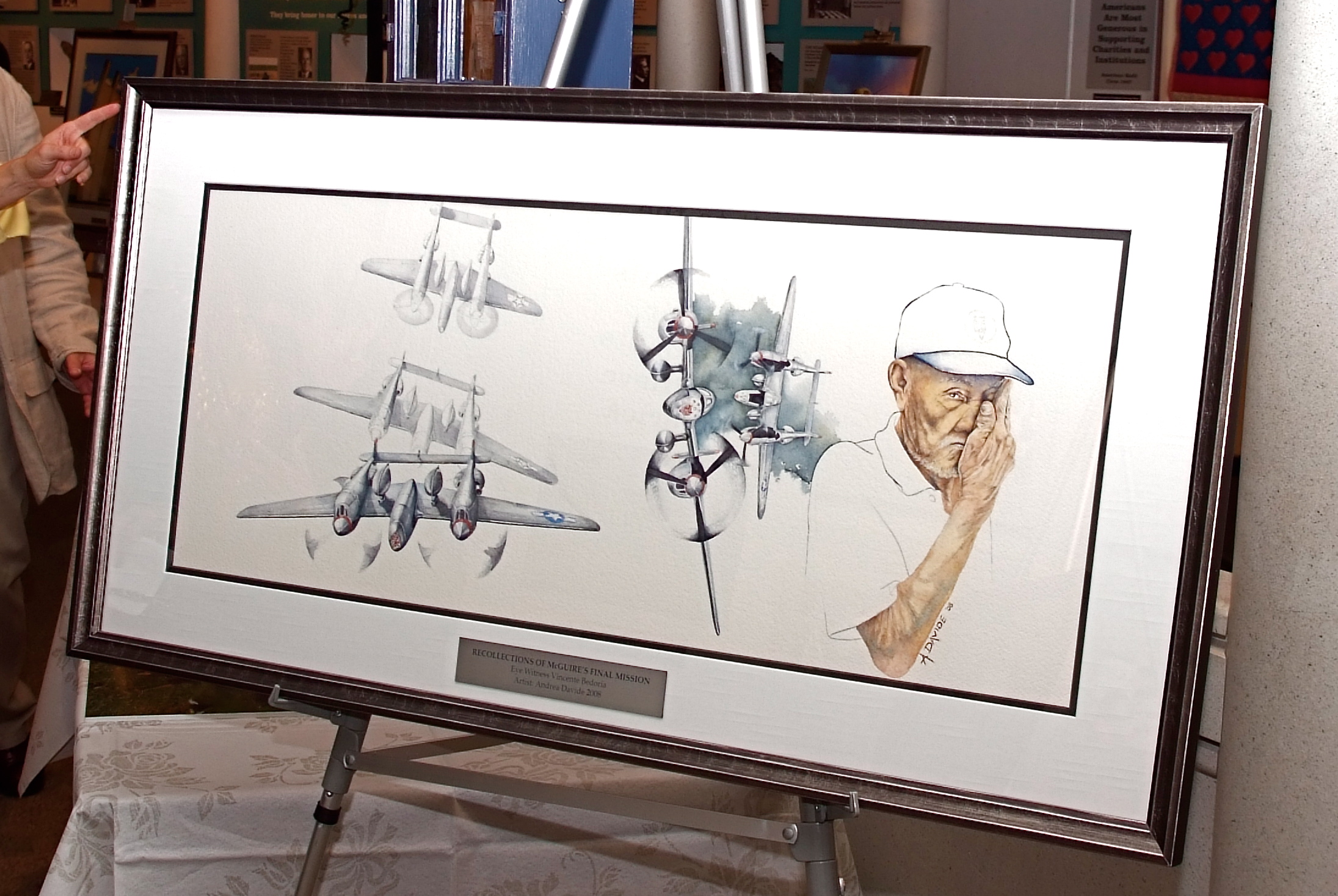 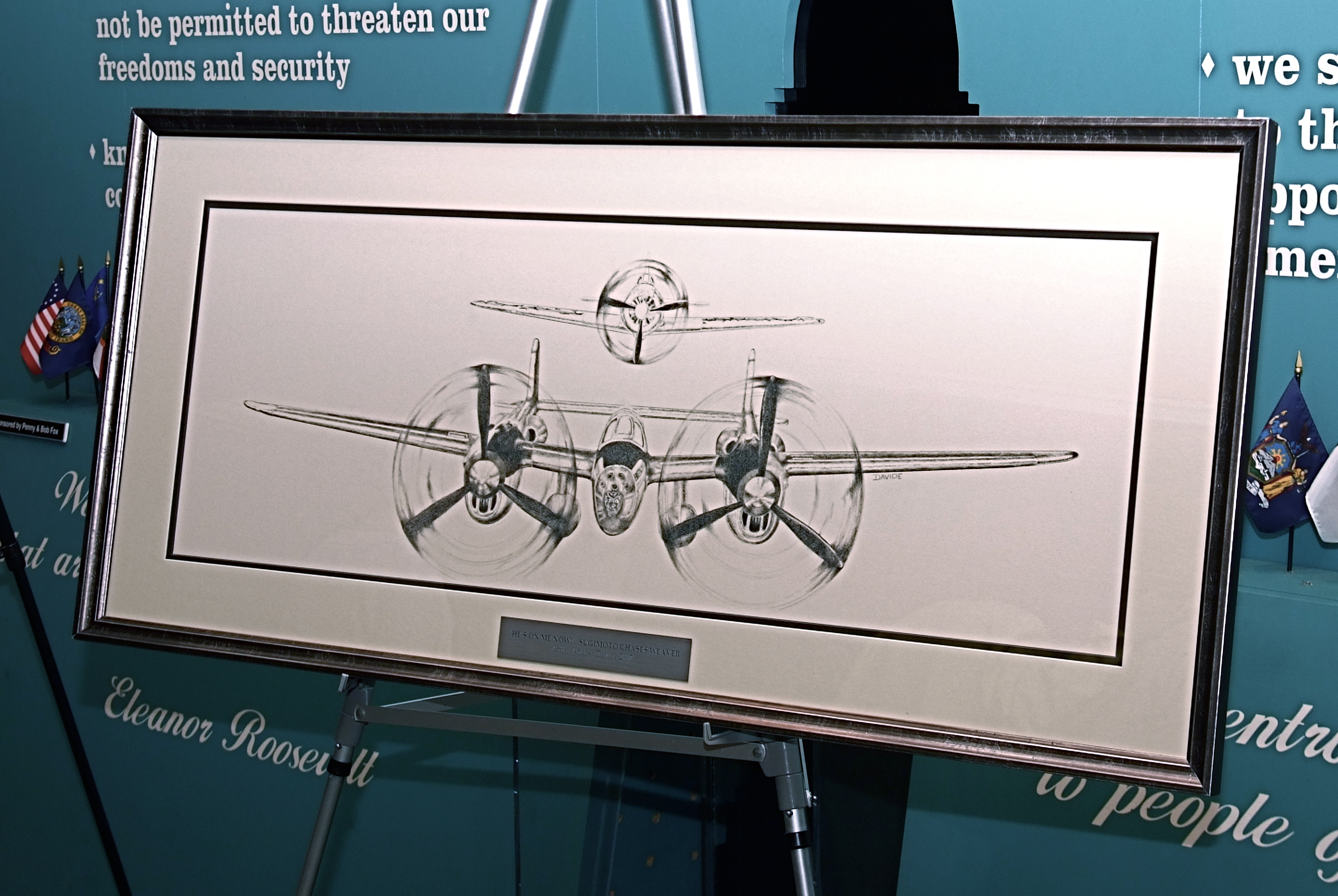 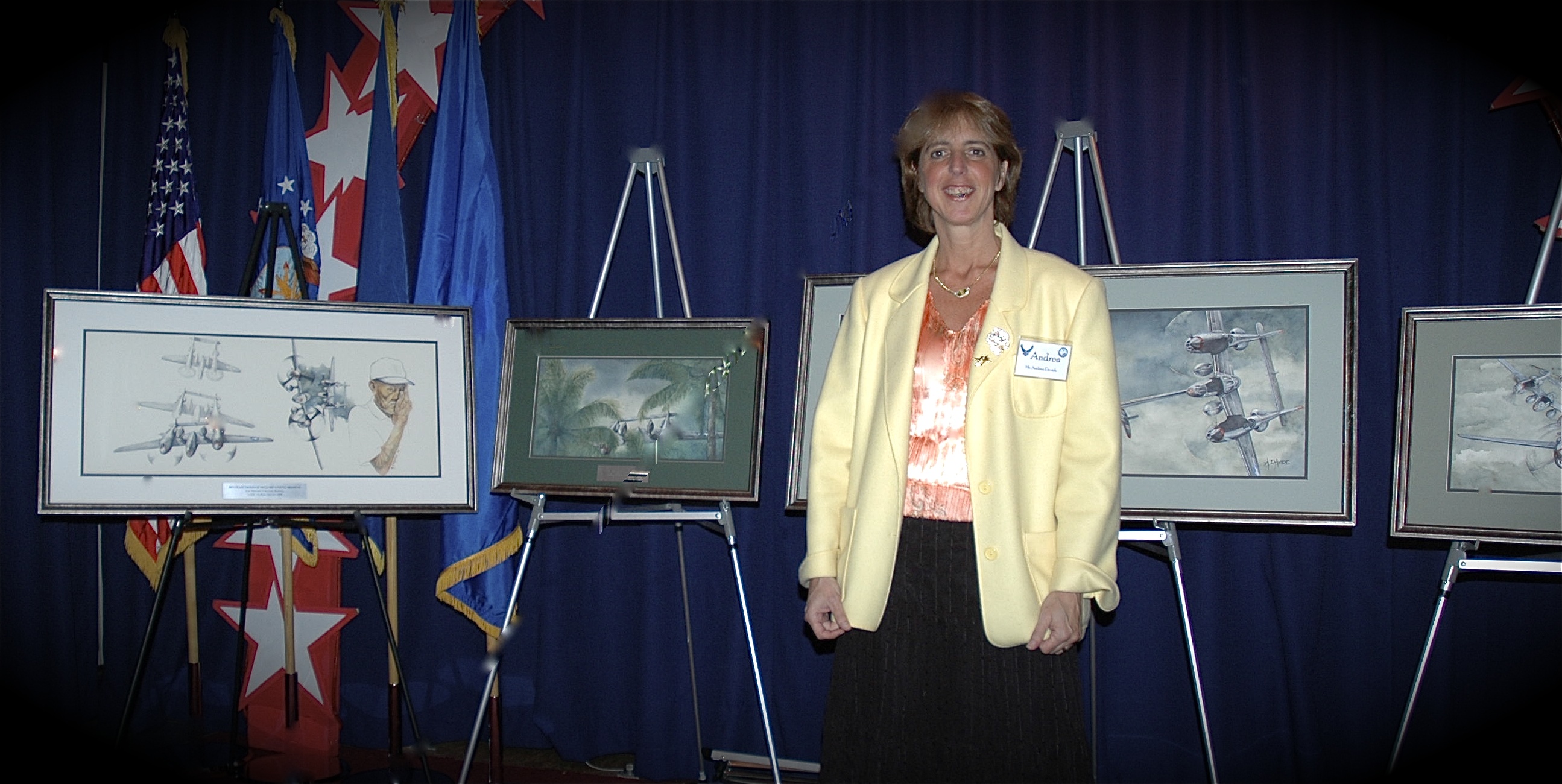 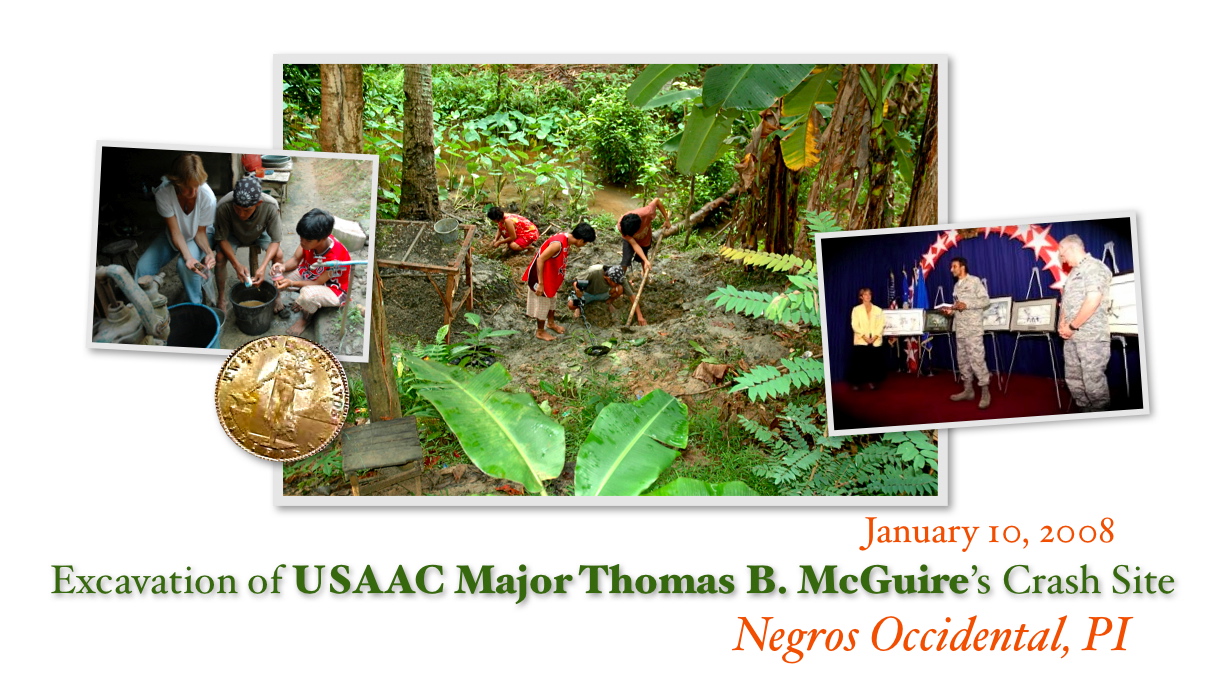 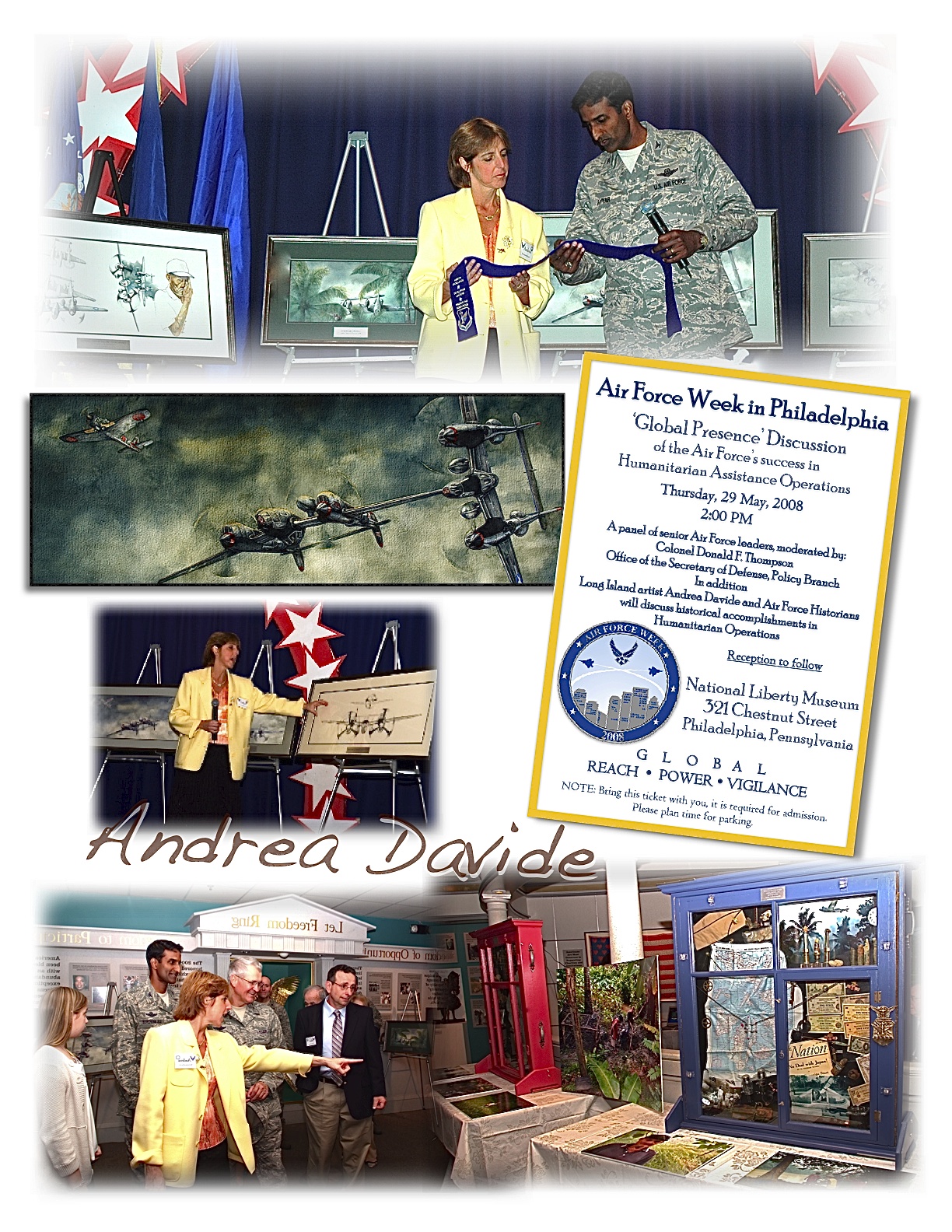 In her 25 year career as an artist, Andrea Davide has explored and challenged the limitations of traditional materials through an ever evolving exploration leading her from the boundaries of commercial art and medical illustration through her current work with mechanical engineering three dimensional combinations of metals, glass, stone and paint. Davide, based in Merrick New York, is constantly reinventing herself, working in successive series of wide ranging styles. Focused heavily on sculpture at this stage of her career, Davide’s current works involve an inventive use of materials in a philisophical exploration of time. With an evident willingness to take risks, Davide has created a surprising and completely original style of work. Incorporating relics from the past along with other more traditional materials which generally evoke history, Davide’s work takes on a unique and fresh look.

When asked about her current Air Force projects which had interrupted her exploration of time, Davide explained about a harmonious collaboration of concepts. “I have spent several years evoking the passage of time while struggling personally to understand what time actually is and whether it even exists. We can’t touch it, feel it, see it, or even give a definition of it. We can’t store it, save it, control it, revisit it; it passes. Perhaps, we pass through it. The U.S. Military works in the present towards our future while possessing an illustrious history. It made sense to be asked to pull a mystery out of the past and bring it forward in time.” Davide likes to quote Boyd who put it this way, “Art imitates life; history stimulates art; art restores history.”